GRAZZE DISCUSSES EARLY INFLUENCES, 2019 PLANS WITH WE RAVE YOU 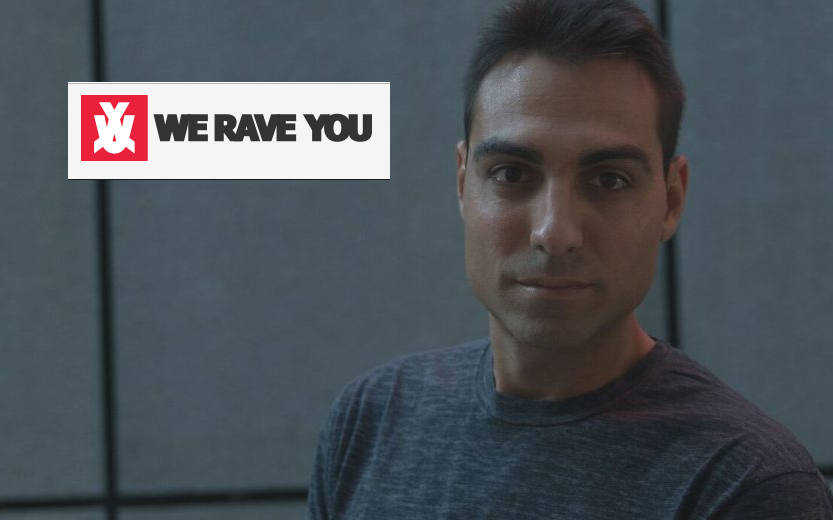 23 November, 2018 Category: Promoción
Grazze also boasts a respectable résumé, having released music on some on some of the world’s most virtuous labels, including Sirup Music, Glasgow Underground, Universal (ESP) and Baroque. Some of his best work has also caught the attention of the likes of EDX, Sam Feldt, Croatia Squad, Wally Lopez, Sander Van Doorn, Cedric Gervais and Kevin McKay among many others. Now, Grazze has had the opportunity to sit down with We Rave You to discuss some of his most recent releases and what 2019 holds in store!

How long have you been a producer/DJ for? Tell us about the origin of your music. What inspired you to pursue your career as an artist?

“I think my first song released in a label was in 2013. I released that song using my old alias, so I consider myself as a music producer since this moment. However my Dj skills started very soon. When I was 14 years old I started my first Dj lessons in my city and some years later I started to work as a Dj in some clubs in Madrid and environs. At this time, music was a hobby and I was studing physical education but when I finished my studies, I was 21 years old. I had musical knowledge playing some instruments but I was not able to create a quality song so I decided to start my studies as Sound engineer and it was amazing. It was the reason why I decided to dedicate my profesional life to the music because I was learning the final tools that I needed to start to create and focus my musical ideas and sounds.”

Who do you consider to have been your biggest influences throughout your career that have made an impact on your productions?

“I was listening to many music styles since I was a child so I think all my ideas and references come from many artists and styles like Rock, Electronic, Indie, Folk, etc. Names such as U2, Coldplay, Pink Floyd or current names like Bon Iver, Armin Van Buuren, Eric Prydz, Bob Moses cxome to mind… I think you can find little touches and influences from some of them in my songs. Other not very well-known artists creating music similar to my style who I’m listening are Jan Blomqvist, Elli & Fur, Time Engelhardt or Sebastien Leger, they are creating really amazing music and I also love listen their artistic creations.”

Your new track ‘Waves In The Night’ is an absolute masterpiece. Could you describe us the process of making it? What were the inspirations and main idea behind it?

“Thanks very much. I love that you love it. ‘Waves in the Night’ was meant to be a change in my sound. I’ve been immersed in a sound transition since 2017. I think now I’m focusing on my own way but it’s very complex for me because as I told you I love many music styles. Waves in the night was a change of course releasing in the recognized label Glasow Underground, it was supported by some recognised artists and this feedback was very important for me to know how these new sounds are working for other the artists and followers. I wanted to create a deeper but energic song without vocals using progressive and some trancy touches. I was inspiring myself in some travels near the sea, listening sea powerful sounds, in fact, I used waves sounds into the track and some synthesizer sounds seems like some sea sounds.”

Looking at your musical catalogue with its latest releases, you have a very diverse sound. How do you produce such different sounding tracks while maintaining your signature sound?

“Yes! This is the reason why a told you I’m focusing my sound. As I told you, I get influences from many styles, I would love to produce many different styles but is an evidence that an artist should have a main style and try different ideas and styles but maintaining the main way. I started producing Pop, Dance, Latin House, Electro, etc but since sometime until now I have been identifying myself with deeper, Housy, naute and organic sounds so I was changing my music between several styles but I’m the same producer so the essence is the same.”

Take us back to your early-summer EP ‘Aura’ on PinkStar Rec. This is certainly one of our favorites from you, could you tell us the story behind the EP? How the EP came to life?

“Yes! Thanks very much, I agree Aura has a special feeling, I was sure of that since I finished the E.P. I was releasing some songs onto EDX’s label before and I wanted to create a masterpiece to be released with them. I thought of create an emotional song using some vocals and ARC was the perfect vocalist because his voice is amazingly emotive! I wanted to use my electric guitar for some sweet and clean riffs and it was the base of that song. I was producing the track during last Winter in cold days, it was snowing, in fact, the videoclip was recorded at this same time in the snow. I wanted to focus on the winter feeling in “Aura” and I think I got it. The final result was 2 perfect completed songs and it was supported form enormous artist like EDX, Sam feldt (Spinnin Records), Cedric Gervais and many more.”

What does the rest of 2018 hold in store? Any hints or clues that we could get about future productions and collaborations? Interesting gigs in the pipeline?

“We are working really hard now on my new release Cat & Mouse with Armada. I really wanted to release it because is a very important song in my career. It marks the first release into my new sound, is going to be the first of many tracks of this same style. We hope to catch the attention of many important media with this release and I’m eager to know feedback from my listeners and other artists. Also, this release comes with an amazing remix from the internationally recognised artist D-Formation (Beatfreak Recordings) so I think is a real bomb! I also have a lot of projects for 2019, new songs, collaborations, etc that we are working in now so I hope to give you new amazing news on next months.”